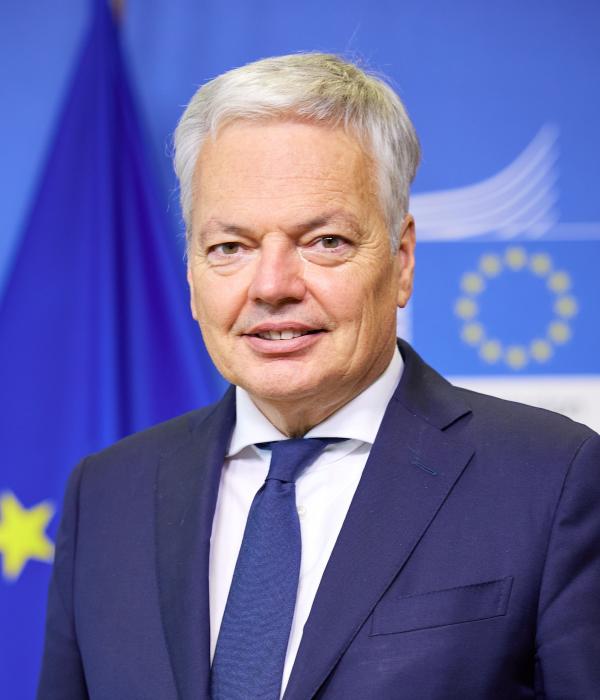 A father of four, Didier Reynders was born in Liège on 6th August 1958. In 1981, he obtained a degree in law at the University of Liège. Guest lecturer at the universities of Liège and Louvain, he has never really left the academic life until he became on 1th December 2019 European Commissioner for Justice.

After presiding the Belgian railways and the Belgian Airways Agency, he was elected Deputy Chairman of the PRL (Liberal party), before becoming a Member of Parliament in 1992.

He was Chairman of the Mouvement Réformateur (liberal party alliance) from 11th October 2004 until 14th February 2011.

He was Minister of Foreign Affairs, Foreign Trade and European Affairs from 6th December 2011 until 11th October 2014.

He became Minister of Foreign Affairs and European Affairs, in charge of Beliris and Federal Cultural Institutions on 11th October 2014 (until 30th November 2019).

He has also been Minister of Defense since 9 December 2018.

Since 1th December 2019 he is European Commissioner for Justice, in charge of Rule of Law and Consumer Protection.