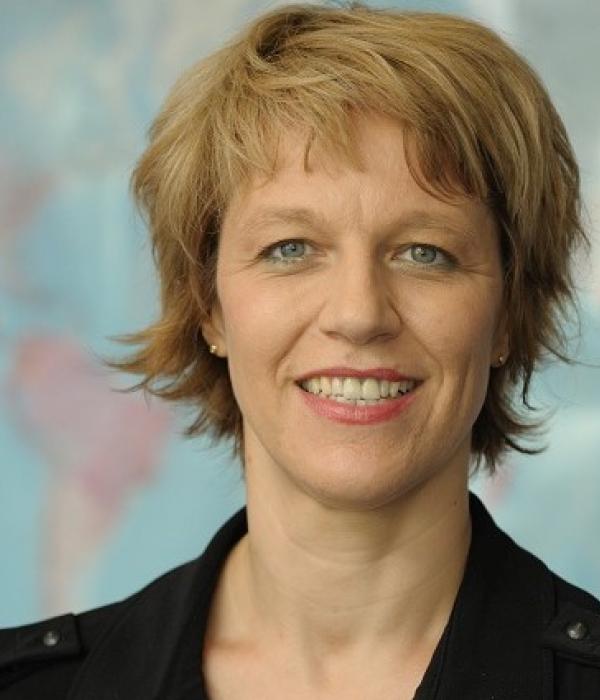 Head of Cabinet
Cabinet of Vĕra Jourová, Vice-President for Values and Transparency

Renate Nikolay is now Head of Cabinet of Vĕra Jourová, Vice-President for Values and Transparency working on matters such as rule of law or disinformation.  In October 2019 she became Director in charge of Asia and Latin America in DG Trade. From 2014 to 2019, she was Head of Cabinet of Vĕra Jourová, Commissioner for Justice, Consumers and Gender Equality where she played a key role in the adoption of the data protection reform and the establishment of the European Public Prosecutor and the Code of Conduct with platforms on online hate speech.

Between 2011 and 2014 she led the Unit of interinstitutional and international relations in DG Justice dealing with legislative files and international negotiations such as the ones on data protection with the US. Prior to that she was advisor in the Cabinet of the first High Representative / Vice President Cathy Ashton where she led on the relations with the European Parliament in setting up the European External Action Service and on relations with Asia, in particular China.

From 2004-2009 she was member of the Cabinet of the Trade Commissioners Peter Mandelson and Baroness Cathy Ashton where she was part of the negotiating team in the trade talks in the multilateral trade round of the World Trade Organisation (the Doha Round) and the EU-South Korea Free Trade Agreement which was finalised in 2009.

She started her career in the European Commission in the Directorate General for Trade in November 2003 dealing with the accession negotiations of Vietnam to the World Trade Organisation and the Trade Policy Committee with the Member States. Prior to that she was a diplomat in the German Permanent Representation in Brussels and worked as private Secretary to the German G8 Sherpa in the German Ministry of Economics. She holds a law degree (Erstes und Zweites Staatsexamen) from the Free University in Berlin and a master as a Fulbright Scholar in Washington DC. She was also an Erasmus Scholar in France/Grenoble.